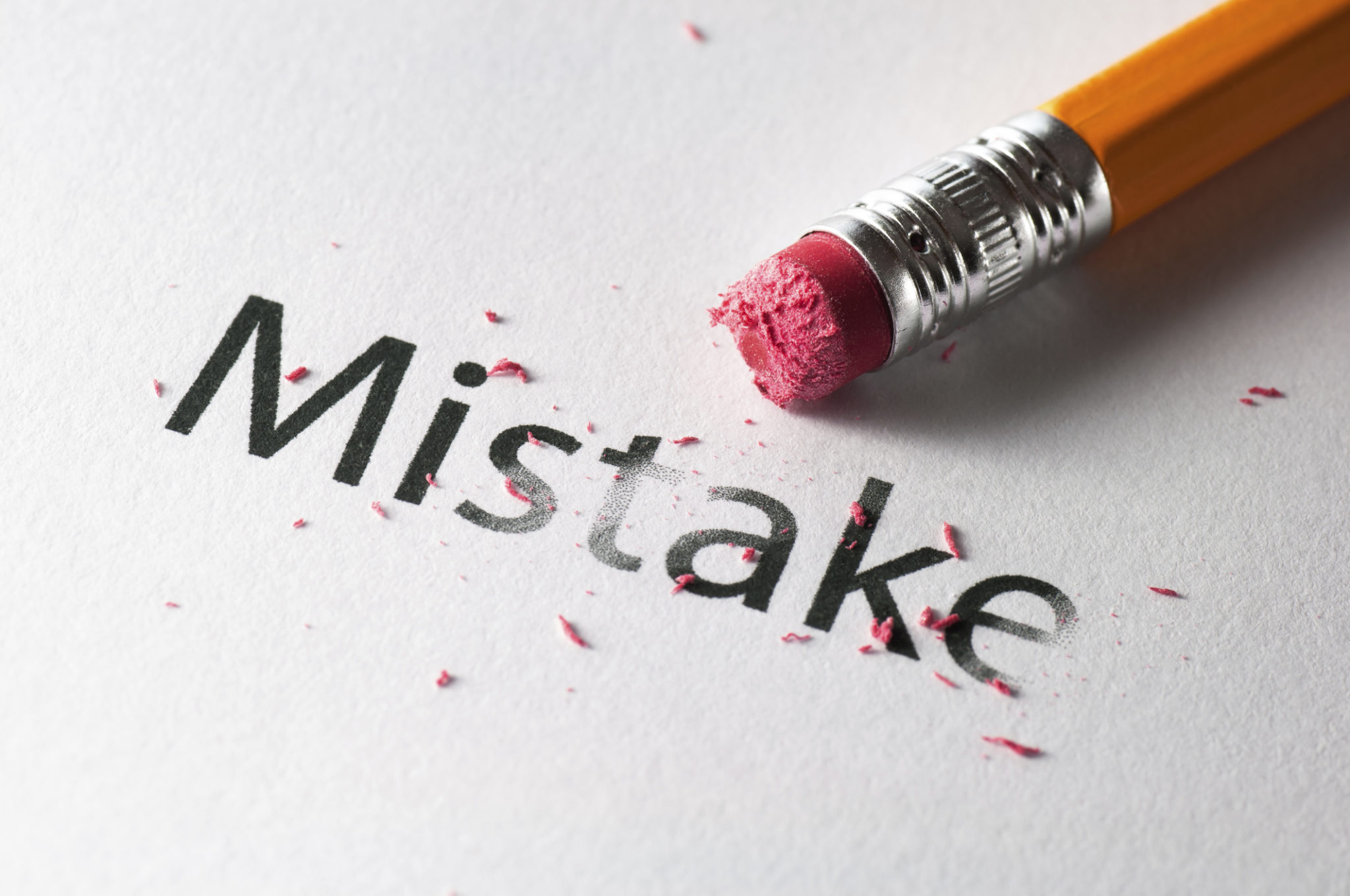 One of the biggest reasons why you might not nurture your creative side is fear – fear of making a mistake, fear of not getting something exactly right, fear, fear, and more fear. “What if I mess up?” “What if people laugh at me?” “What if this is just a foolish notion?” Unfortunately, that is going to happen. Everybody fails sometimes; but it’s okay. Failure isn’t fatal or permanent. Even Thomas Edison had some failures and it took him many trials before he perfected the light bulb. He didn’t consider them as failures; however, he just found many great ways that didn’t work. But he persevered and eventually, he succeeded.

Never fear making mistakes. Remember that perfectionism is a deterrent to your creativity. (More on that in a later chapter.) Albert Einstein noted “A person who never made a mistake never tried anything new.” Don’t let fear keep you from being creative. You won’t learn as much from winning as you will from losing. Your mistakes teach you much more than your triumphs do.

The upside of not succeeding right away is that we often encounter the magical “serendipity.” Serendipity is the ability to make unexpected and fortunate discoveries. It is simply accidental good fortune. What you fear to be a dreadful mistake might instead turn out to be the perfect answer to the problem.

Do insights come suddenly or are they in your subconscious, just waiting to leap upon the stage of your consciousness? That’s hard to say. You might call it mere chance, coincidence, pure randomness, or complete unpredictability. How the creative thought gets to you is not the issue. Seizing upon the new idea is what’s important.

Sometimes, you need to go outside the box in your thinking. Do something completely different. The definition of insanity is doing the same thing repeatedly the same way, but expecting a different outcome. That’s where creative thinking comes in. Think of the same problem, but in a different way. Turn it on its side, or on its head. Look at the whole thing from different angles. Take an entirely different approach to the question. Oliver Wendell Holmes taught us “Man’s mind stretched to a new idea, never goes back to its original dimensions.” Thank goodness for that!

For many, the ‘out-of-the-box’ thinking is difficult and strange. Human beings are creatures of habit and tend to do things as they’ve always been done, exactly how they’ve always been taught to do something. Unfortunately, this is very restrictive, non-creative thinking. Do you sometimes feel like the mime inside the glass box? Trapped inside and always trying to figure a way out? Try finding a creative solution to your escape. Perhaps a special key or maybe just a large hammer would do the trick. Scott Adams said, “Creativity is allowing yourself to make mistakes. Art is knowing which ones to keep.”

“To live a creative life, we must lose our fear of being wrong.” – Joseph Chilton Pearce

This error message is only visible to WordPress admins

Did you see my new book? Check it out on Book's page! Dismiss